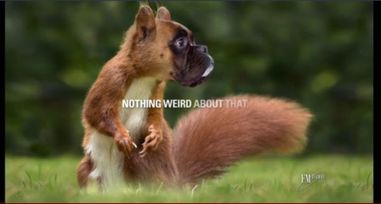 Originally there were only 13 rules of golf, drawn up in 1744 by the Honorable Company of Edinburgh Golfers in Scotland.  They were the first organized golf society.  Golf is actually an acronym- it stands for Gentlemen Only Ladies Forbidden.  A few revisions later, these sets of rules formed the foundation of the rules we know today.  However, now there are 34 rules (most of them are quite long), a section on etiquette, a section on definitions, a set of rules of amateur status, plus much more that makes the rules book more than 500 pages.

When it comes down to it, golf is all about fun, honor and sportsmanship and, if you choose to walk our course, a good cardio workout on the first four holes.

THE STROKE
A stroke is the forward movement of the club, intending to hit the ball.  If you stop the club halfway down your forward motion, it is not considered a stroke because you no longer intended to hit the ball.  (Just like a checked swing in baseball)
However, if you swing through, it is a stroke even if you miss the ball.  There is no penalty if the ball is nudged off or falls off a tee before the stroke begins.

HAZARDS
Hazards are just that.  There are three kinds of hazards-

Water Hazards    Any body or ditch (even if there is no water in it) marked by yellow stakes or lines.  Everything inside of those boundaries is the hazard.  (For example:  the pond on 4 or the brook on 9)  A water hazard also includes a lateral water hazard  marked by red stakes or lines.  (for example, the swamp on 7 and 8)
A  water hazard is a lake, pond, stream or whatever lies between you and your path to the green.  You have to hit your ball over it.  If you don't do that and your ball goes into the hazard, you must drop a ball keeping the hazard between you and the hole.  You can drop as far back as you want, but you must keep the hazard between you and the hole, and you must take ONE penalty stroke.  Again, this hazard is marked by YELLOW stakes.
A lateral water hazard is the one that generally runs parallel to the hole.  Since you can't drop behind it, you must drop within two club lengths outside the point where your ball last crossed the hazard.  Or you can drop in the same way on the opposite side of the hazard, as long as it is no closer to the hole.  Either way, you tack on an extra stroke.  Again, this hazard is marked with RED stakes.
If your ball is within the confines of a hazard and you can play it, you may choose to do so without penalty.  HOWEVER, you may NOT ground your club (letting it rest on the ground) prior to hitting the ball.  If you do ground your club, it costs you a penalty stroke.
The last type of hazard is the bunker, or sand trap.  You don't drop out of it, you HAVE to play out of it.  Same rule of grounding the club in the water hazard- you may NOT touch the sand with your club before hitting the ball.

OUT OF BOUNDS
Out of bounds is usually marked with white stakes or lines, or sometimes by a fence or wall.  The entire ball must lie out of bounds to be considered as such.  If part of it is in bounds, you can play it if possible.  But you must not move stakes, walls or fences to hit the ball, even if they interfere with your swing.  If your ball is in bounds, you MAY stand out of bounds to hit the ball.
If your ball goes out of bounds, you must count the stroke and replay the shot, adding a penalty stroke.  (This is called stroke and distance penalty)  You count the stroke, lose the distance and add another stroke- in other words, you go back to where you originally hit the ball and do it all over again.  In the case of a drive, you go back to the tee and hit it again, but you now have just hit your third shot.
If you think your ball is out of bounds you are allowed to hit a provisional ball.  This will save you the trouble of going back to where you just hit it from and doing it again.  You must announce that you are going to hit a provisional ball.  If you don't announce that, the provisional ball will automatically become the ball in play even if the first ball is found and playable, with the same penalty of stroke and distance.
When you hit a provisional ball and the first ball is out of bounds or can't be found, you play the provisional with the stroke and distance penalty.  If you find the first ball and it is in play, then pick up the provisional and play the first ball with no penalty.

UNPLAYABLE LIE
If you hit a ball into a place you can't hit out of, it's considered an unplayable lie.  The player is the sole judge of whether or not it's unplayable.  You can do one of three things:
1.  You can drop the ball within 2 club lengths of the spot where the ball lay, no closer to the hole.
2  You can proceed under the same rule as a ball that is out of bounds or lost and hit it again from where you originally hit it
3  You can drop the ball as far back as you want from the point where the ball lay, keeping that point between you and the
hole.  (this would apply to something like hitting the ball and it ends up under or in a bush)

In each case, you have to count the original stroke and add a penalty stroke.

GROUND UNDER REPAIR
Ground under repair is usually roped off or has some sign indicating that it is such.  In any case, it's usually pretty obvious that it is not a place along the fairway, rough or approach that anyone wants you to hit out of.  If you hit into an area considered "ground under repair", it is a free lift out of it.  You may NOT go any closer to the hole however, you may take it back as far as you want or need to and then drop the ball, with no penalty.

CART PATHS
If your ball lands on a cart path you may remove it one club length, no closer to the hole without penalty.

These are the basic rules.  Remember that all clubs have their "local" rules as well. especially when it comes to hazards or out of bounds.

Many thanks to the Chelmsford Country Club Ladies League for providing a really good template for these rules.  Beats reading 500 pages!